Five Battle the Clock and Come out on TOP! 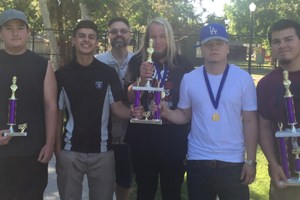 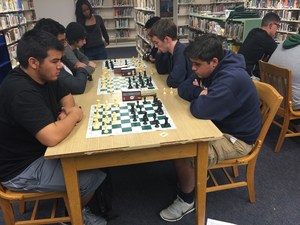 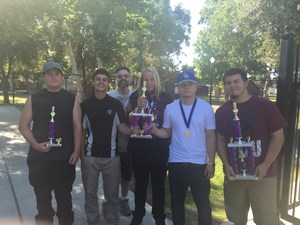 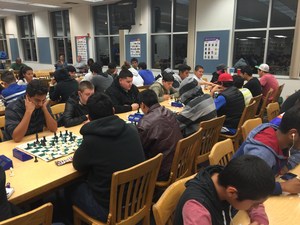 Five Battle the Clock and Come out on TOP!

Saturday, April 30th, Mr. Keller took five of our young men to Valley Oaks Charter School in Bakersfield for a countywide chess tournament. Jesus Medina who has been playing chess for only thirteen months won first place in the 7th to 12th  grade category. Jesus was quoted in the Bakersfield California as saying “Chess is a very complicated game, like life. You have to think things through. It’s changed the way I think about life.” Jesus also gave credit to chess credit for helping him focus and improve his schoolwork.

Joel McDowell was also a standout. Joel finished 9th in a field of 44 students. Joel was the highest finishing student of his group since his two losses were to the two students that finished 2nd and 3rd overall in the tournament.

As a team, Central Valley placed 2nd in the tournament! According to Mr. Keller, our chess advisor and teacher, “We are lucky to have been represented by such a fine group of gentlemen.” Congratulations to Mr. Keller and our team of five: Jesus Medina, Joel McDowell, Tristan Cain, Angel Cuevas, and Ernesto Molina.